How to Effectively Sample Gas Without Surface Interactions 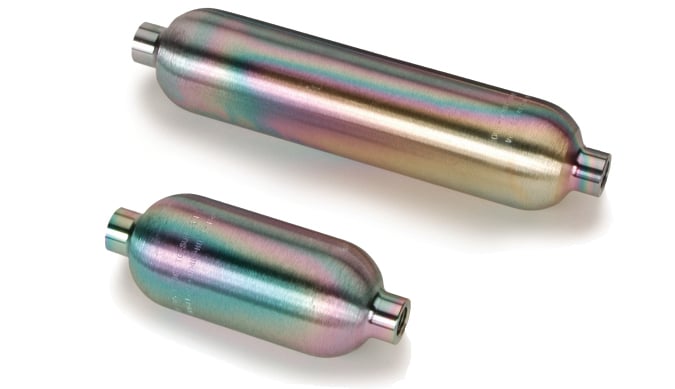 The chemical compatibility of materials used to construct analytical systems for sampling, transfer, and analysis of oil and gas must be carefully considered to maximize reliability. Specifically, virtually all natural gas samples contain sulfur compounds which need to be precisely quantified for quality purposes. In most applications, sulfur compounds like hydrogen sulfide (H2S) must be quantified at the parts-per-million (ppm) and sometimes even parts-per-billion (ppb) level.

However, the stainless steel components that typically make up a gas sampler are prone to absorbing sulfur compounds onto the surface. Though this problem may seem negligible in gas samples with a high percentage of sulfur concentrations, it is impossible to accurately quantify sulfur and other active compounds at trace levels without first treating the stainless steel flow path.

Figure 1 demonstrates the need for an inert, chemically compatible coating during the sampling, storage and analysis of ppb levels of H2S. The degradation of hydrogen sulfide on bare stainless steel is rapid and irreversible: H2S is lost within 24 hours at both 50ppm and 17ppb levels. A gas sampling cylinder coated with an inert coating from SilcoTek® called SilcoNert® 2000 maintains a steady sulfur signal even after a full week. 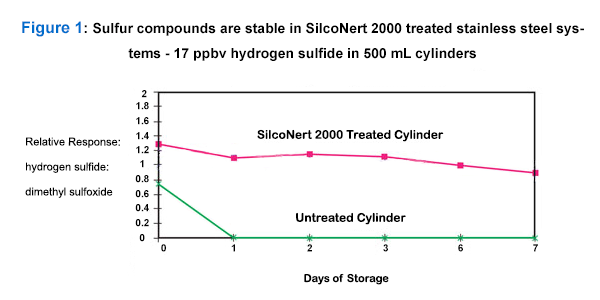 Figure 2 demonstrates that even at higher concentrations of sulfur compounds (50ppm in this test), hydrogen sulfide sampling requires inert surfaces. In this analysis, uncoated stainless steel gas sample cylinders are compared to cylinders coated with an inert coating from SilcoTek called Dursan®, which is designed for withstanding the harsh conditions in oil and gas sampling wells.

The effect of passivation or other surface treatments on sulfur storage and sample transport components was once debated. Passivation is a technique that is based on the assumption that if all active areas of a transport vessel or storage vessel are taken up by sulfur compounds, they are then made inert to sulfur compounds. There have been studies to support this at low temperature for gas phase transport through low surface area regulators.

However, it was also demonstrated that purging a component with clean gas can reduce the chemical 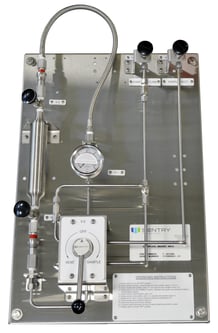 inertness of the passivation with measurable impact occurring within one day and complete loss within one week. Additional data in the same study also demonstrate that heated stainless steel does not passivate and complete adsorption of sulfurs will occur no matter the conditions or previous exposure to sulfur compounds.

In the past, to test the stability of sulfur compounds during gas sampling, the use of gases such as silane (SiH4) along with multiple-day exposure to 5000ppm H2S was required to create a passive layer within sample cylinders and tubing. Much of the data in these studies was collected to demonstrate stability for the use of creating low-level standards.

Today, commercially available inert-coated components have eliminated the need for passivation and are now recognized as an “out-of-the box” solution to sulfur sampling and transport reliability. A Sentry® MCG low-emission gas sampler outfitted with SilcoTek-coated stainless steel has solved the problem of unreliable results while also eliminating the need for working with dangerous materials such as high concentration H2S or pyrophoric gases like silane. Coated gas samplers provide value beyond an accurate sample, including faster results, consistent reproducibility, and overall added protection of coated stainless steel and other metal components.

5 Ways to Successfully Validate Samples
How to Prevent Corrosion with Sour Water Sampling
Why is Sampling Renewable Hydrocarbon Biofuels Important?