Why Does Employee Ownership Matter? 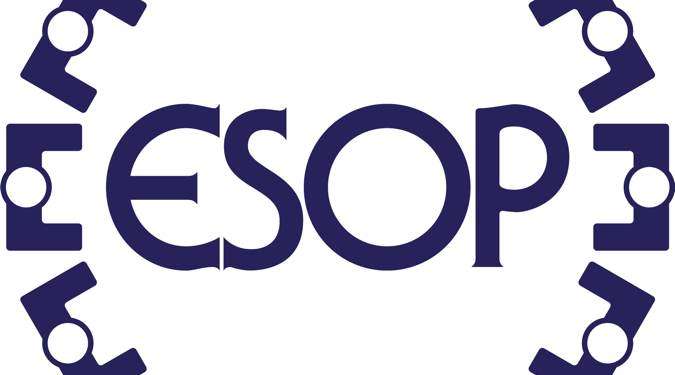 In 1985, Sentry Equipment Corp owners Dick and Mary Henszey had the vision and foresight to ensure the company and employees would continue to thrive. They did this by beginning the process of shifting ownership of the company to employees through an Employee Stock Ownership Plan (ESOP).

The plan, designed to secure the company’s and employees’ future, transferred ownership from the Henszeys to all employees over a period of time, with the Henszeys personally guaranteeing the financial obligation associated with the transfer of ownership. While ESOPs were not an entirely new concept, this method of ensuring the financing was creative, and eventually became a model for other ESOP companies.

Mary commented at the time: “The transfer of ownership from a privately owned business to an employee-owned business has to rank as one of the most dramatic decisions in our history. Cooperation and teamwork among employee-owners will determine the future of Sentry Equipment Corp. The company could have belonged to someone else, but we’re betting on you, the people who are here now, and your successors.”

Employee-owned and proud of it

The change in ownership also was the catalyst for a shift in company culture. Dedicated employees became a team of colleagues who fully appreciated and valued every customer and understood the importance of every relationship. With a vested interest, employees held renewed pride in everything they did, delivered on their promises and commitments without compromise. The approach of working hand-in-hand with customers to custom-engineer solutions to deliver maximum value with prompt, reliable, long-term support became second nature. With total accountability, the employee-owners were proud to stand behind their products, customers and people with steadfast dedication.

Recognizing this dedication to customers, Sentry Equipment Corp was named a Manufacturer of the Year Grand Award Winner in 2009 in the medium company category. This award recognizes Wisconsin companies that demonstrate a commitment to business excellence and that have a positive impact on the state, making Wisconsin a better place to live, work and play.

Why employee ownership is good for customers

At its most basic level, an ESOP is a federally qualified retirement plan. The Sentry ESOP invests primarily in Sentry Equipment Corp stock and holds it in trust. As the company profits, so do the employee-owners, so there is an incentive to work effectively to increase profits. Every employee is a company owner, or stockholder. The majority of ESOP companies also offer employee-owners additional retirement savings plans, such as a defined benefit pension plan or 401(k) plan, to supplement the ESOP, as does Sentry Equipment Corp.

There are several reasons why an ESOP is good for employees, customers and the company as a whole. Employee ownership has been found to be the most successful governance model, because employees with a financial stake in the place they work can care more, work harder and more effectively, and better serve customers. Sentry employee-owners have autonomy and responsibility, and are accountable.

The Sentry motto is “Making the world better by safeguarding people, processes and equipment.” Sentry employee-owners live this value in their treatment of customers. In surveys, customers have cited employee-owner responsiveness, knowledge and caring as key reasons they want to do business with the company. “What makes Sentry Equipment Corp stand out is they take the time to figure out what is needed; they take extra effort,” said one process customer. “For me, the standout quality of Sentry Equipment Corp is the personal and individual attention they give to accounts,” said another. Noted yet another, “My interaction with Sentry Equipment Corp was pretty ideal.” One customer described, “A Sentry person came on site to look at the location of the old equipment. We got advice on where to put it. Having him come out is a big deal – great service.”

As an employee-owned company, the Sentry team fully appreciates the value of every customer and the importance of every relationship, taking pride in their work, delivering on promises and standing behind commitments. With a hands-on approach to getting to know customers’ businesses, employee-owners custom engineer solutions to deliver maximum value and back it up with prompt, reliable, long-term support.

Overall, there are approximately 10,000 ESOP corporations in place in the U.S., covering 10.3 million employees (about 10 percent of the private sector workforce) – and 22 percent of them are in the manufacturing sector. The size of a company’s annual contribution to its ESOP is a key factor in the extent to which the ESOP has a positive impact on the attitudes of employee-owners toward their work. In 2010, on average, companies contributed 12.7 percent annually to their ESOPs. Nearly three quarters of ESOP companies contribute 6 percent or more of profits annually and 46 percent contribute more than 10 percent annually.

The formation of new ESOP companies rapidly increased in the late 1980s until Congress removed certain tax incentives in 1989. Since then, the overall number has remained steady, and currently there are about 10,000 ESOPs in the U.S. Most ESOP companies are privately held and do not file public reports with the SEC. Only about 330 ESOPs – 3 percent – are publicly traded companies.